So I was a second shooter tonight...for Blaze. He said he wanted to do a photoshoot so I am all like "Awesome". So then he says "I will be the photographer and take pictures of you." To which I said" No way dude, I am not camera ready."

So we called in the Keatster and Daddy and he set up some shots. It's really funny just how much they pick up at five. He told them where to sit for the "best light", kept saying, "I got the shot", and "this is a keeper". It was adorable.

So here are his best shots: 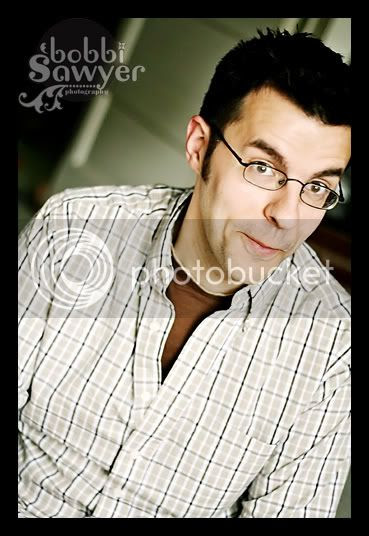 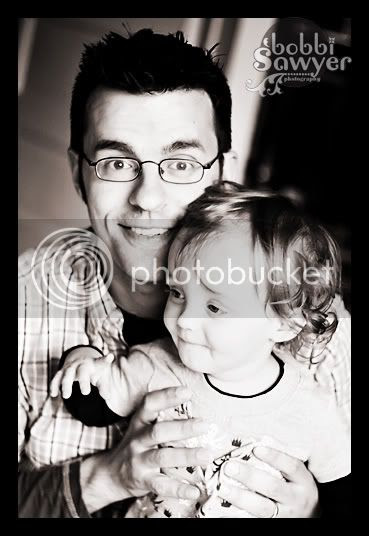 And a few I snapped from the sidelines: 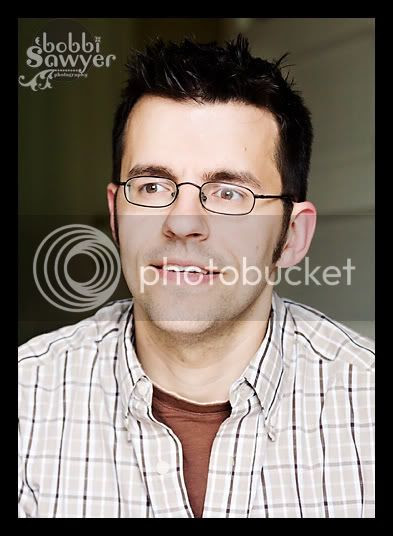 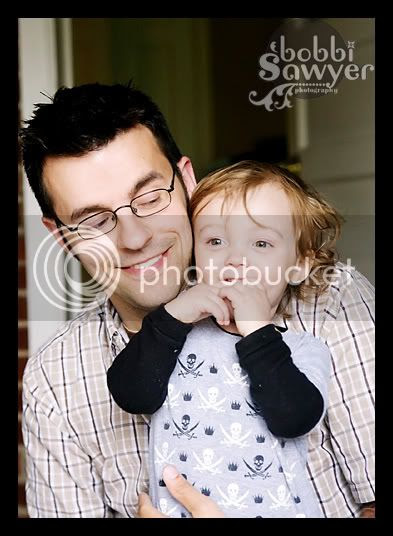 I asked Blaze if there was anything he wanted to say about his pictures so here is his message, "Do you like them? I like them. He,she,me like them. Wumbo. And Dad, Keaton, and I are the trio." Got it dude.

And can I just say how much I love my husbands smile...love it.
Posted by Bobbi at 3:01 PM

These are adorable! Great composition, very handsome subjects with sweet facial expressions, and beautiful lighting and coloring. But they're right! let them take pictures of you too! As women, we grumble initially, but you'll really, really be glad you have the photos later!

Wumbo? Did that come from SpongeBob? (and is it pathetic that I know that?)

These are awesome! I love that he was wanting to be like you, and I think the shots came out great. Good job, Blaze! I do like them!

His little comments are just too cute!! And those are a couple of handsome men you've got there! ;)

These are such special pictures... I bet he loves them as well. I like your pp too!

Bobbi, I am envisioning the whole shoot! What a riot--I saw my DGD (age 4) doing the same thing with her camera when I was visiting, right down to the "YES! Got it!" comment I make sometimes. LOL! Love that last shot of DH and K.

these are GREAT!!!! love all the smiles and the way you captured relationships! :) and of course, great bw!

These are such sweet captures, great job Blaze!

wow! My almost five year old is a photog in training too- she's always telling me no don't do this, do this, posing me, etc.
And the lighting is awesome!

i think these are perfect! you did a great job! can't wait to see more of your work.

Oh, my!
Love these, and your "sideline" shots are pretty great, too!

omg how great are these!!! he's a rockstar! great job blaze...and mommy too!

These shots are incredible. The colors and composition are perfect and the moments you captured are priceless. I love the last one!

Wow...everything about these photos is are just wonderful. I live seeing the photos of your hubby and your boys. They always are so cooperative and adorable! What handsome men!

Great shots! Your hubby is a very handsome guy!

Nice job! I'm very bad at getting in front of the camera! I need to do that more!

OH wow...what a GREAT job!!! Looks like you've got a young photographer in the works.

What handsome men you've got at your house!

Great shots! I really like them all, but the last one is just precious!

How sweet!! Those are adorable!! Great captures, funny how much he picks up by watching you!