It was a normal day at work ..or so it seemed. Heather Heat(* Last names have been changed to protect identity) walked through the crisp fall air with a little skip in her step. As she swiped her badge she thought to herself, "This is going to be a jazztastic day!" And then she did a little jazz hands dance…which was weird but the security guy just smiled and shook his head. 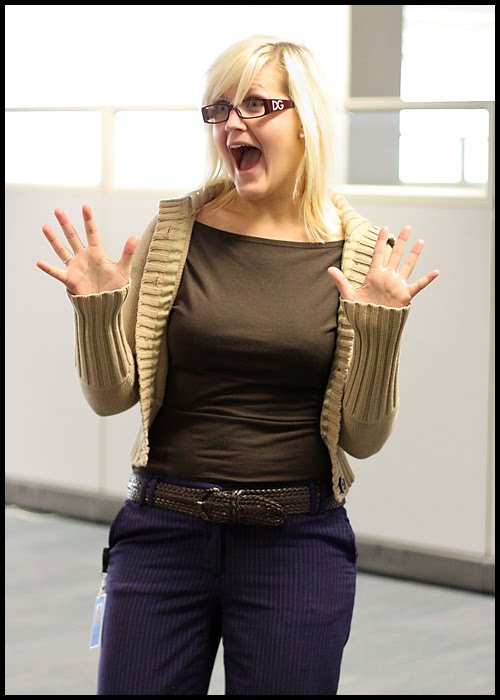 As she walked to her desk she noticed poker tables set up all around. "Good golly me" she thought, "I totally forgot it was poker day! I have been reading up on poker on Wikipedia for days in preparation for this (Wikipedia is not affiliated and has not sponsored Heather Heat).

She knew the tournament wasn't for another 3 hours and 22 minutes so she would have plenty of time to grow out her stache. She donned her glasses and practiced her best pokerface. 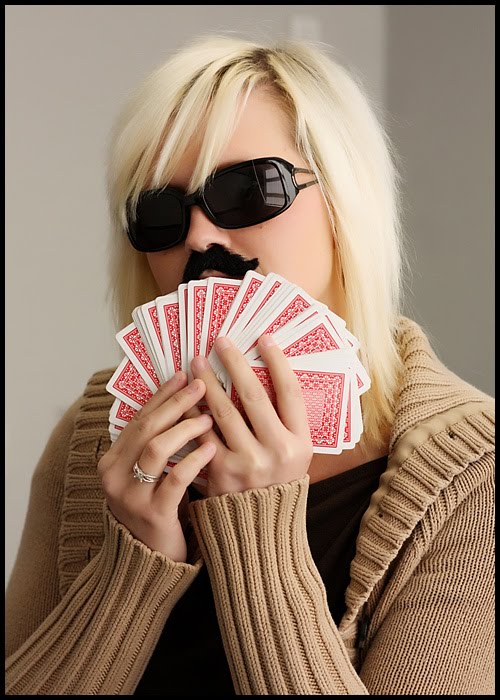 During the first game she concentrated hard and whispered to herself I hope that they don't notice I touch my mustachio when I bluff. 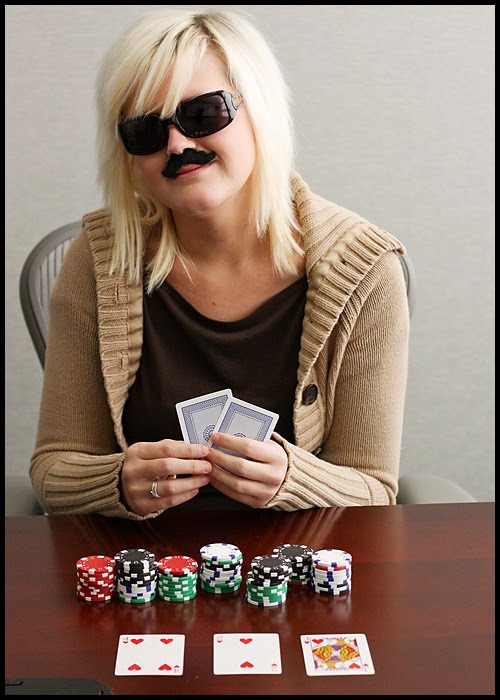 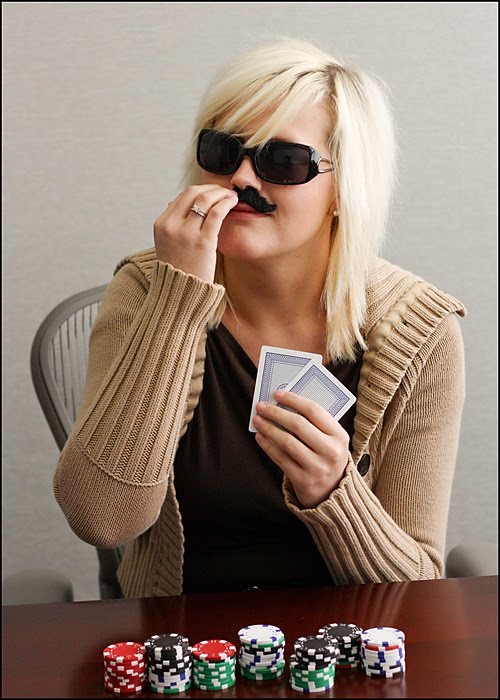 For a moment she thought she was going to lose it all. 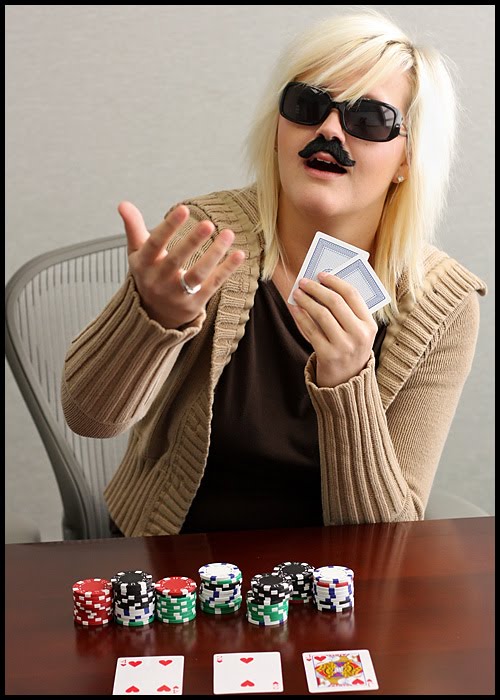 But she came out victorious and gave her fans a thumbsupski! 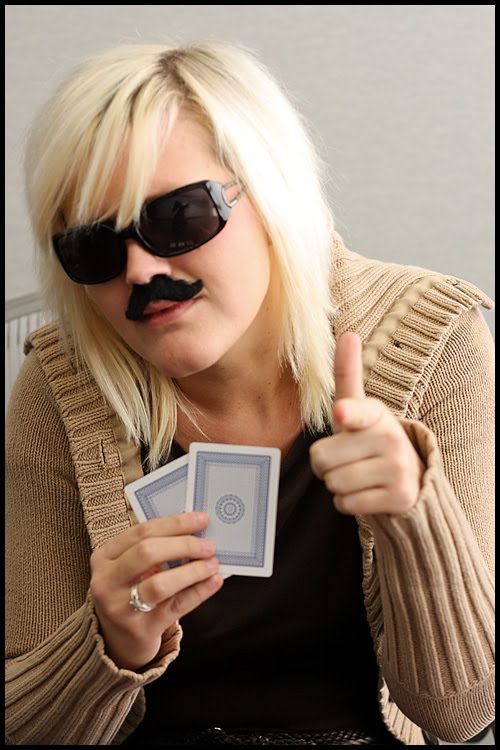 After that first game Heat was elated! She was unstoppable…and she was addicted.

On her way to lunch before the finals she found a poorly constructed visor hat in the parking lot. "That's weird", she thought to herself. None the less and with no regard for cleanliness she plunked it down on her head. 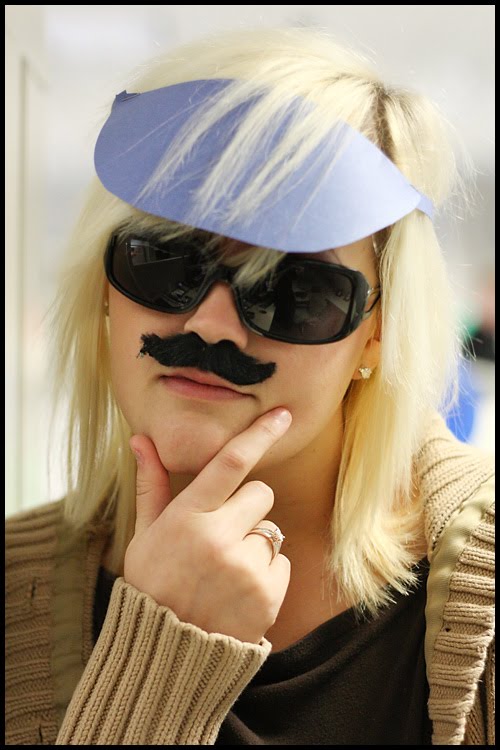 Little did she know that it's previous owners had called that hat, "The hat of doom" and had thrown it out the window after stubbing their toe. That was all it took for them.

Needless to say Heather did not win the poker tournament that day. And her moustache fell off, it refuses to grow back. You can find her now holding this sign and just waiting for her next chance to become the poker champion. 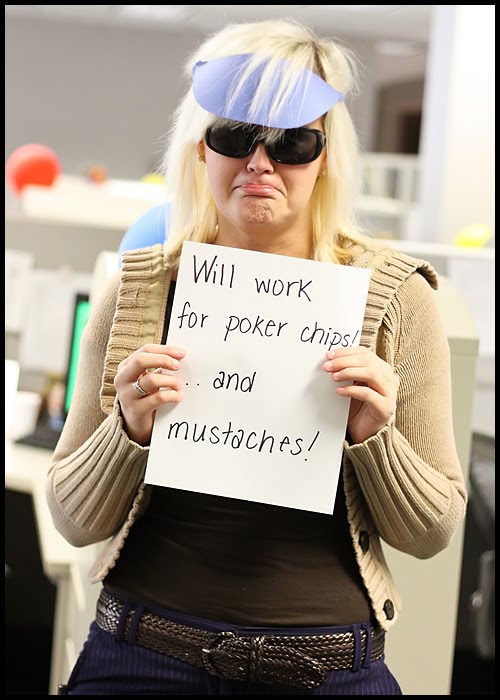 Don't let this happen to you or your loved ones!

P.S. Poker day at work ='s totally awesome. I have never played before so if you notice I don't blog for awhile it probably means I lost my computer, my car, my house, etc. in a poker game.
Posted by Bobbi at 3:46 PM

These are adorable! And I love the story. Too cute.

I am cracking up reading your story. The pictures to go with it are awesome..

These are fantastic shots, and you look great, 'stache and all! Love the writing, and . . . . why haven't I ever gotten to work some place that has "poker day?" Not fair!